Zooey has been added as a playable character and additional weapons are now available in RPG Mode. Additionally, updates and bug fixes have been applied to certain modes.

*Lobby avatars can be obtained with the purchase of the Jewel Resort Casino.

*Cosmic Sword is Zooey’s default weapon skin. The other weapon skins can be obtained through RPG Mode.

The following new music track has been added.
• Peacemaker’s Wings (VS Zooey)

*This is selectable only if the character is available as a playable character.

A Troubling Schism
Location: The Grandcypher
Unlock Requirement: Clear “Borders” and Episode 38: “Skyfall” (Normal)
*This quest will still be displayed even if Zooey is not available as a playable character.

The following character can now be selected as the Quest Character and the Partner.
• Zooey

*The character must be playable in order to be selected

*The newly included Fateless shares its name with a weapon currently in the game, however it has a new illustration and weapon skills.

*You can obtain them through “Forge Weapons” in Siero’s Shop or with weapon tickets.

*Certain weapons can also be obtained through the newly added quests.

The following new treasure has been added.
• Zooey’s Medal

*This item can be obtained through a certain quest on Hard difficulty.

Color variants for Zooey has been added to Siero’s Shop.

Zooey will now make an appearance as an opponent.

*Even if Zooey is not playable, she will still appear as an opponent in Arcade Mode.

*Trophies cannot be obtained while Versus Mode Settings menu is in use.

Frame Advantage Display
• The colors representing the different options have been adjusted.

• Missions related to Zooey have been added.

*The character must be playable in order to access her missions.

The following track has been added to the Battle Music section.
• Peacemaker’s Wings (VS Zooey)

*This can be purchased with renown pendants. 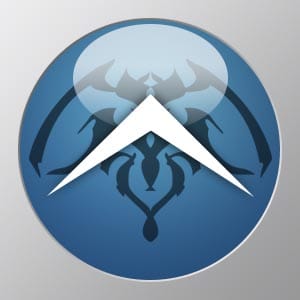